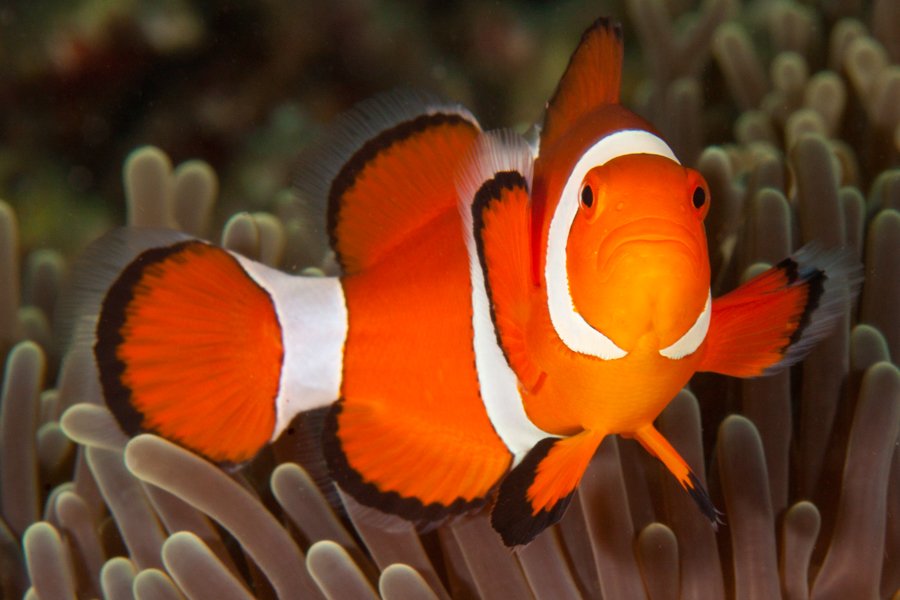 Located just in front of the resort is the Pura Vida housereef. What used to be an underwater “sahara” has now become small oasis for marine life. This artificial reef consists of several wrecks, interesting concrete blocks, where lionfish, sea-horses, stingrays, snappers, and batfish are at home. Sometimes rare species are also found here. This site is also suitable for night diving. 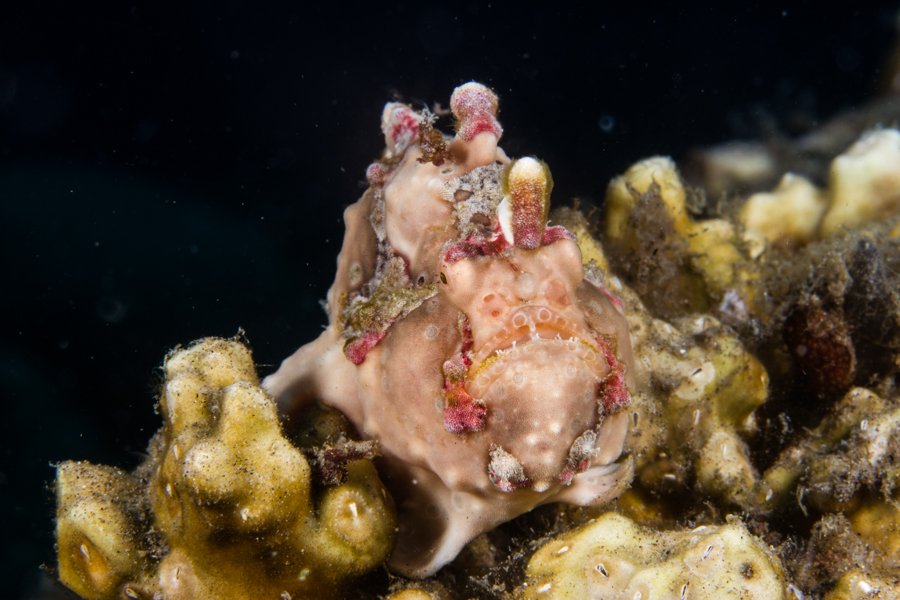 The closest sanctuary to the resort is the Luca sanctuary which is accessible by a short walk. Here we have a great combination between sand and beautiful coral blocks that make this site very interesting. You can see several stingrays, snappers, eels, morays, groupers, different kinds of frogfish, as well as colorful shrimps, and anemonefish. It is an excellent dive site to start your underwater adventure with us. 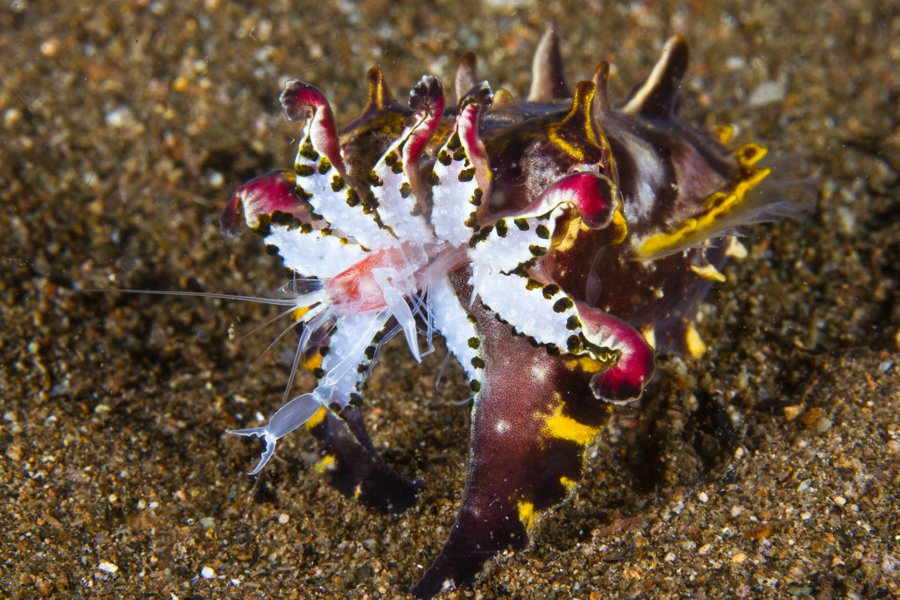 One of the oldest sanctuaries in the area, Sarah’s place is made out of old truck tires which over the years transformed into a beautiful reef. Schools of yellow snappers, frogfish, nudibranchs and seahorses are commonly seen. The maximum depth is around 26m. 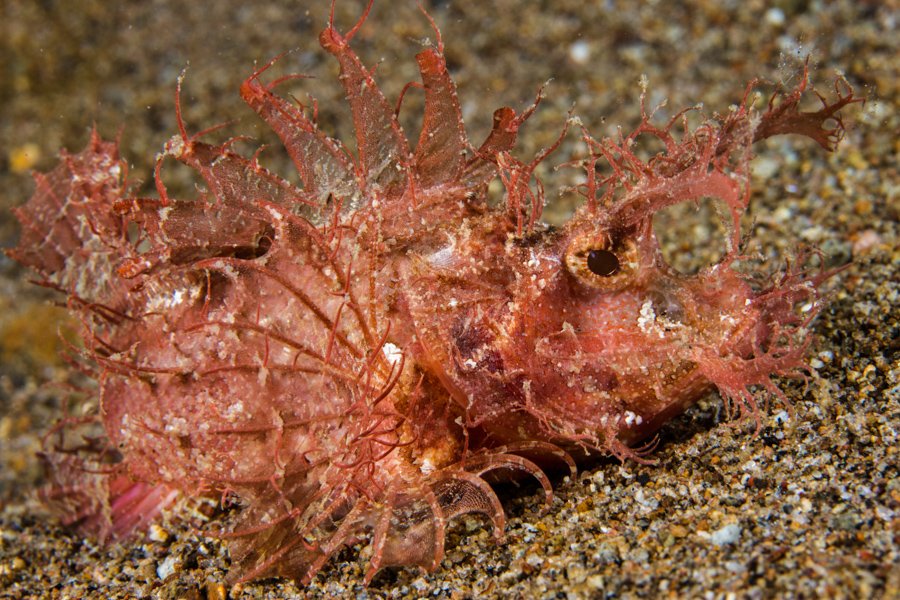 Just around the corner is a special treat waiting for you: seahorses, ghost pipe fish, sea moths and frogfish are not uncommon in this sandy area. Down the sand slope at 28m to 30m rests an old Philippine-made outrigger boat also known as the banca wreck. Although there is not much coral life to see, you will be surprised with the unique marine diversity that is living there. The perfect site for macro lovers, photographers, advanced and nitrox divers. 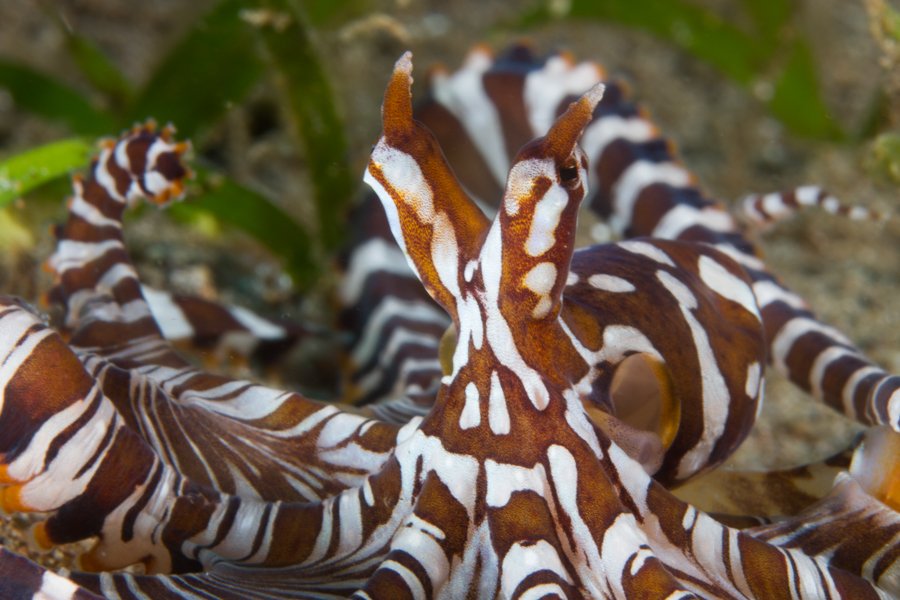 Named after our very own crew member, Bonnet’s Corner is a dive site only for the macro enthusiasts. The site consists of sand alone, and no corals. However, at this site, some of the most unique creatures have been spotted, such as mimic octopus, wonderpus, blue-ring, and mototi octopus. Other creatures such as flamboyant cuttlefish, snake eels, and frogfish can also be seen here if you are lucky. 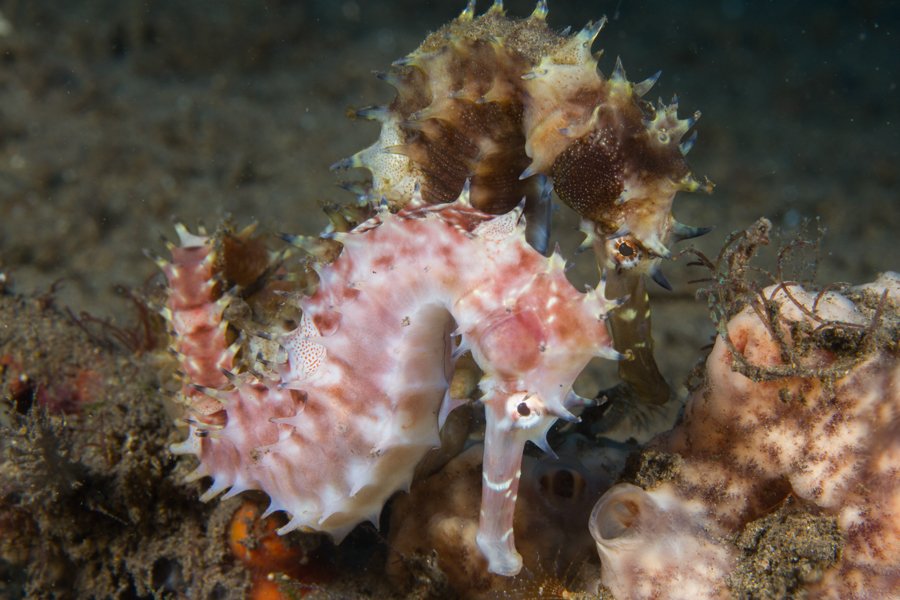 Another great divesite for macro lovers, is the car wreck. In this sandy area, you can find robust ghostpipefish, unique crabs, seamoths, moray eels, and other interesting creatures. Two car wrecks are located between 24-28 meters, surrounded by concrete pipes and steel boxes. This makes it a perfect hideout for many creatures. The sandslopes may seem lifeless, but you may be surprised by the creatures that can be found there. Flashlights and Nitrox are recommended. 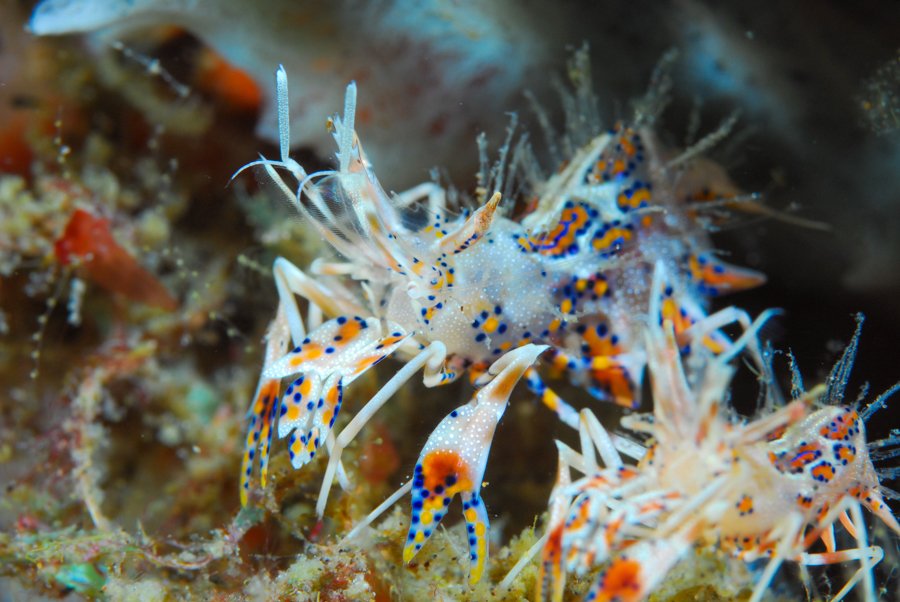 Only a 5-minute boat ride away is the Dauin Sanctuary. This huge coral reef is home to different kinds of anemone fish, small barracudas, turtles, groupers, and many other colorful fishes. The shallow area is a beautiful hard coral garden, which is also nice for snorkeling. Because there is not much current present in this area, it is an ideal site for Open Water divers, refresher courses and orientation dives. Max depth is 18 meters. 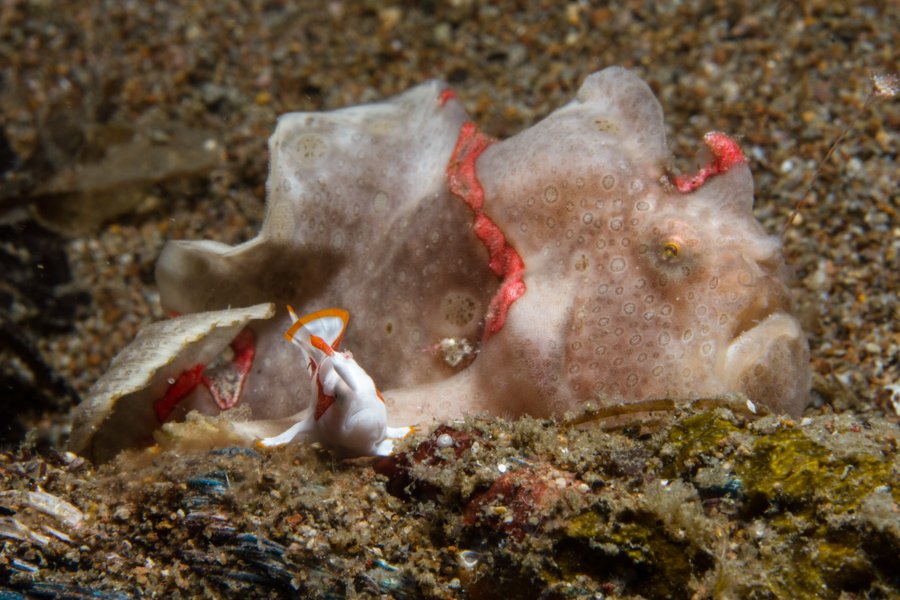 Ginama means man-made. This huge artificial reef consists of numerous truck tires which have been there for more than a decade. Completely inhabited with corals and sponges, this site is an excellent hide out for frogfish, unique shrimps and colorful nudibranchs. A sea grass area is also nearby where you can spend some time in looking for other special things. It is also a great dive site for night diving. Maximum depth is 20 meters. 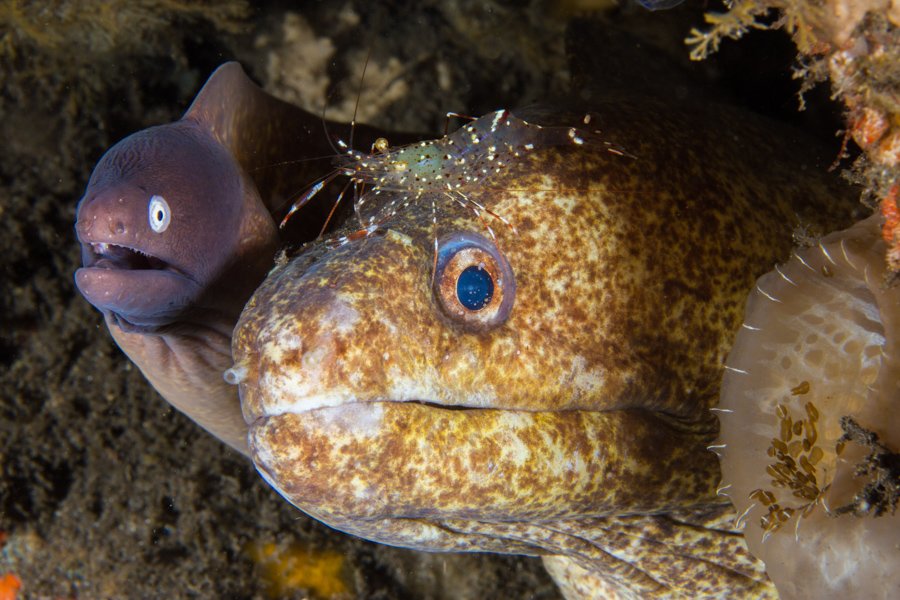 One of the oldest sanctuaries in the area is the Masaplod sanctuary. Only 10 minutes away with our boats, this sanctuary boasts of its rich marine biodiversity. Big coral formations in the shallow area as well as in the deep area make it home to schools of small jacks, trevallies, sweetlips, and snappers. You can also see stingrays, nudibranchs, triggerfish, big turtles, and groupers. Sandy slope is going down to 21m. 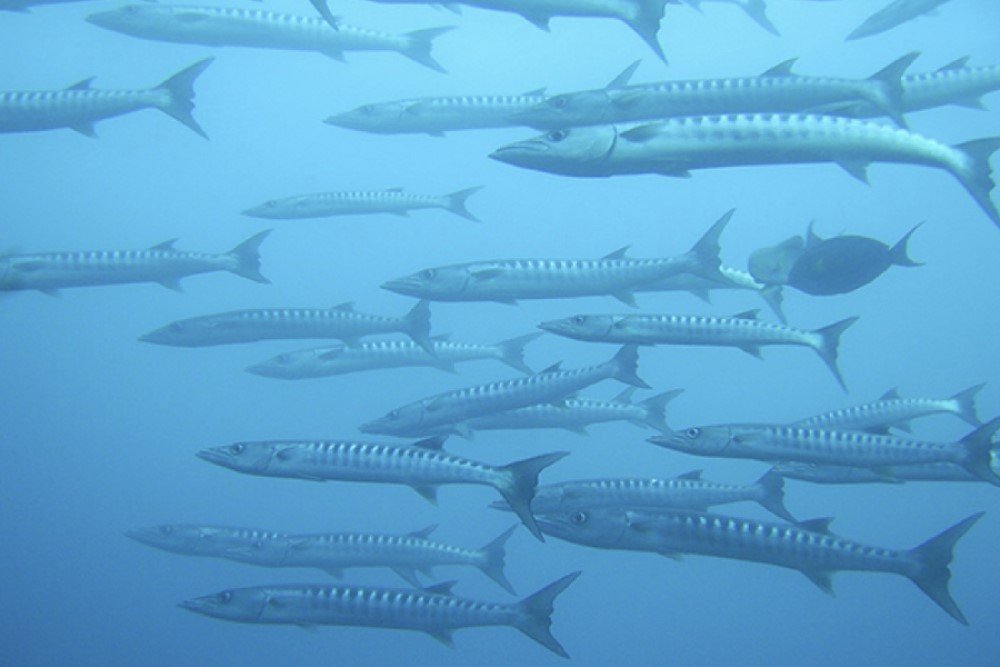 It’s one of the larger sanctuaries on a sandy slope with big coral blocks all around, lots of soft coral formations, and big schools of fish like barracudas, sweetlips, surgeonfish, and snappers. Usually a drift dive all the way through with a underwater hot spring source at the end of the dive at 5 meters. Maximum depth is around 18m. 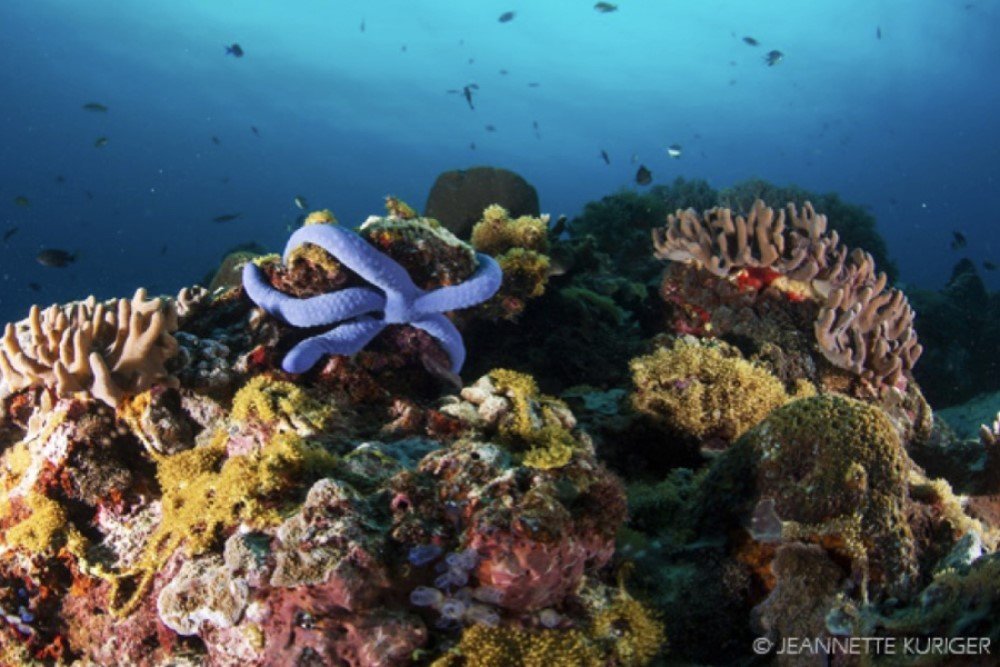 One of the highlights in the area is the world famous Apo Island. Our day trips going there usually start at 8:30 a.m. with 2 or 3 dives all around Apo island. There are different dive sites ranging from beginner level to experienced levels. The well preserved condition of the marine life in Apo makes it always an unforgettable dive experience. From fascinating soft coral gardens to sea snakes, turtles, schools of jacks and barracudas, Apo island has it all. Depth ranges from 5m down to 30m. 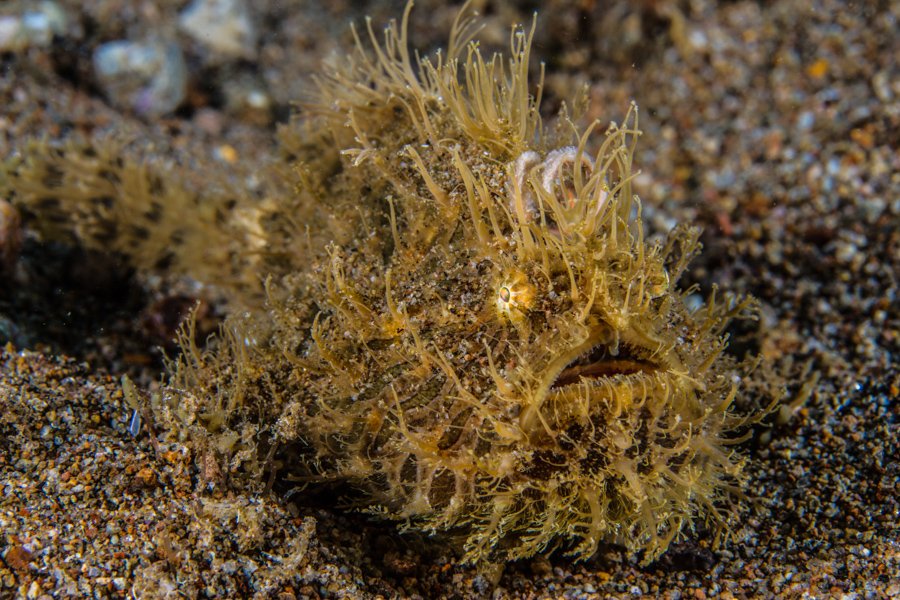 A small and very old artificial reef composed of truck tires. The tires are overgrown with soft and hard corals which provide a good hiding place for many creatures. It is an excellent site for a relaxing dive and looking for critters such as frogfish, ghost pipefish and even harlequin shrimps. Maximum depth is around 20m. 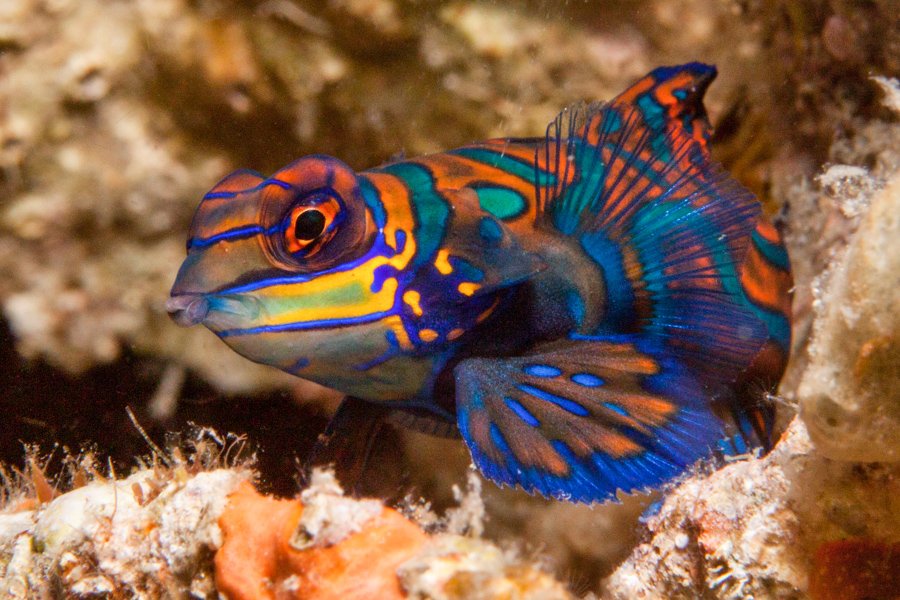 Part corals, part artificial reef, Panabolon offers a simple dive with interesting highlights such as leaffish, blennies hiding in wine bottles and other critters. At the end of a late afternoon dive, you will be able to see a couple of mandarin fishes displaying their act of love in full color. The sandy slope goes down to 17m. 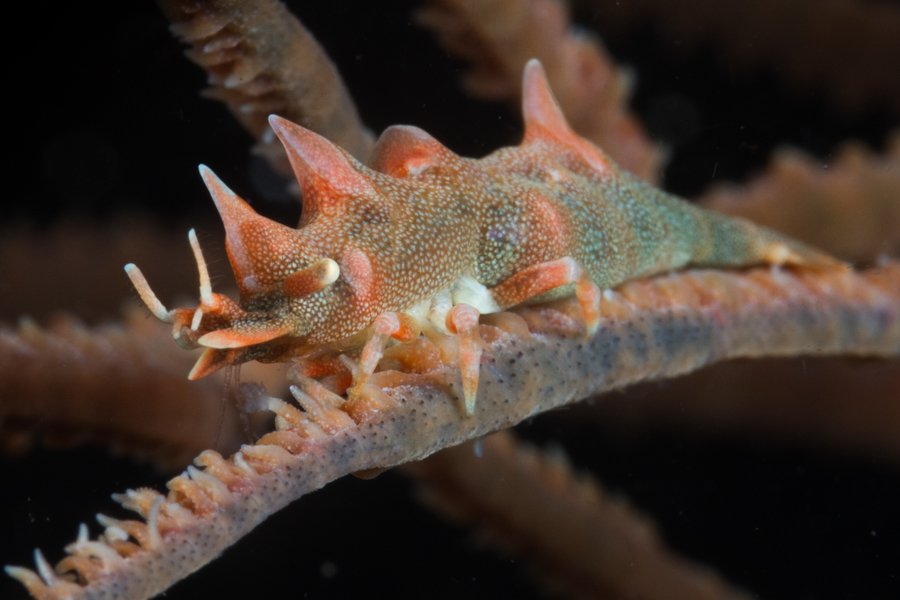 About 10 minutes south of the dive center is the latest addition to our dive sites, Rockpile. This artificial reef consists of small steel pyramids, cars, and steel crates and is home to many critters like frogfish, ghost pipefish, seahorses, and even harlequin shrimps have been spotted here. 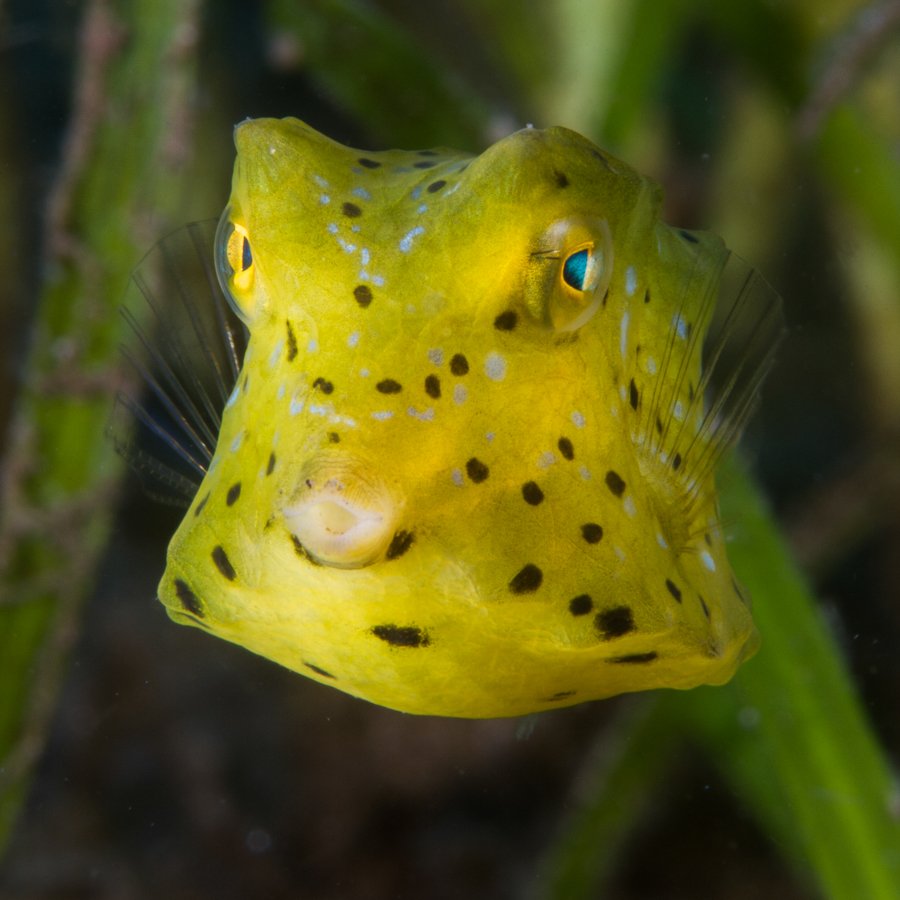 A sandy slope formation with basically no corals but a lot of secrets. But if you look hard enough, you can find many unique critters like tiny frogfish, ghost pipefish, seahorses, Ambon scorpionfish and even octopuses. 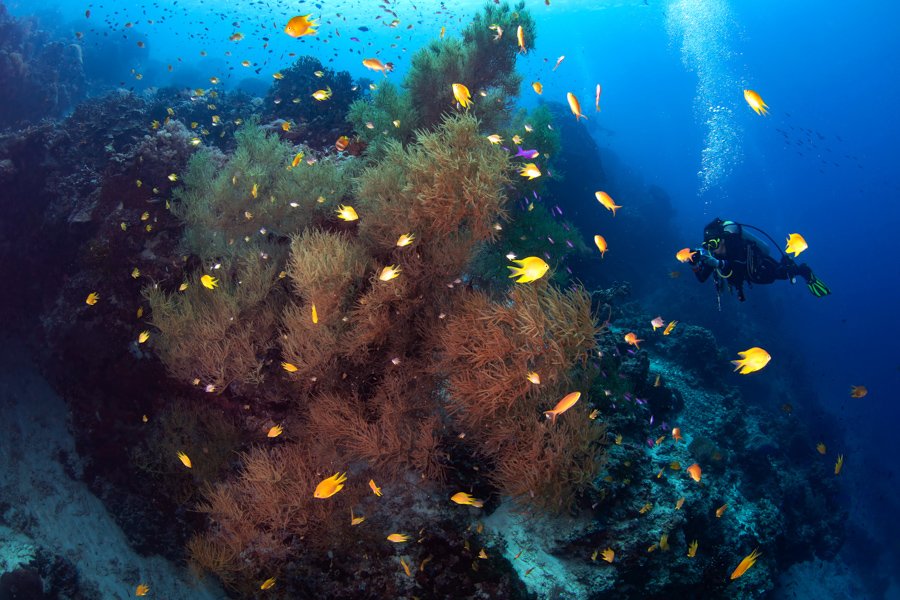 The dive site is right in front of the main docking area of the island which is close to the only chapel on Apo Island. The dive site has a small wall that starts at 5m going down to 25m. Along the wall you can find some nudibranchs, as well as leafish, frogfish and ribbon eels, especially near the small cave at 18m. A beautiful coral garden can be found at the 5m plateau on top of the wall. 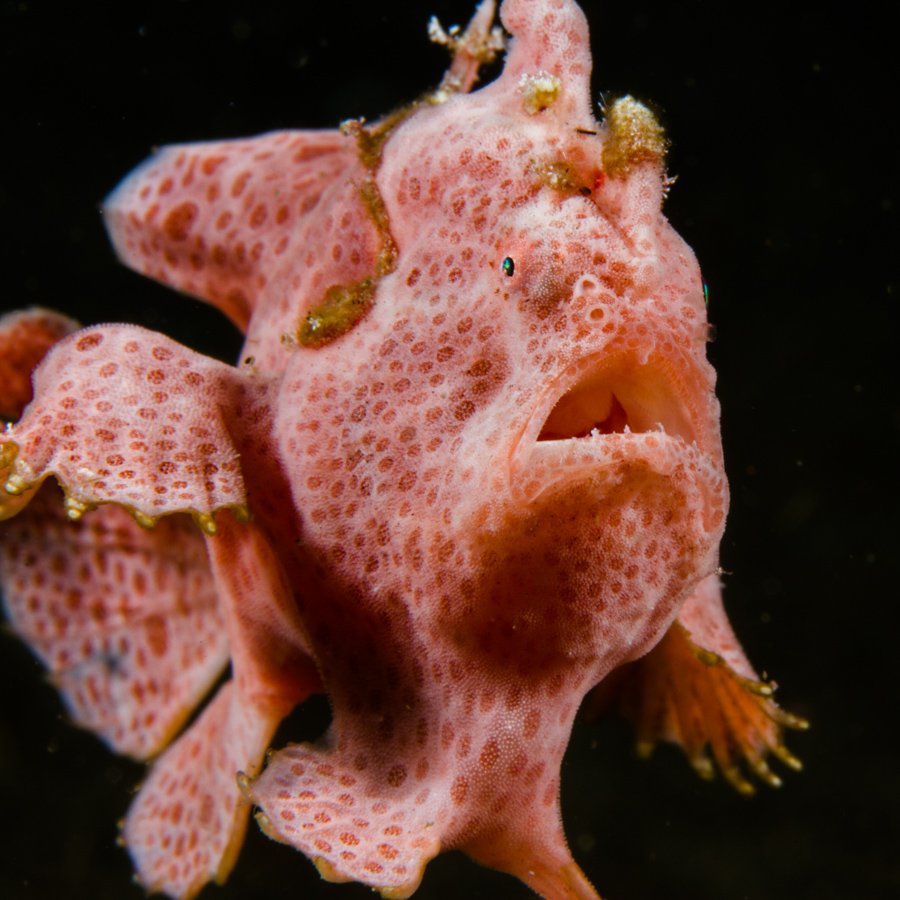 South of the masaplod sanctuary is a small area of corals on a sandy slope. It is an excellent site for photographers who want to find new critters. Highlights vary depending on the season from seahorses, to ghost pipefish, small school of snappers and sometimes even turtles. 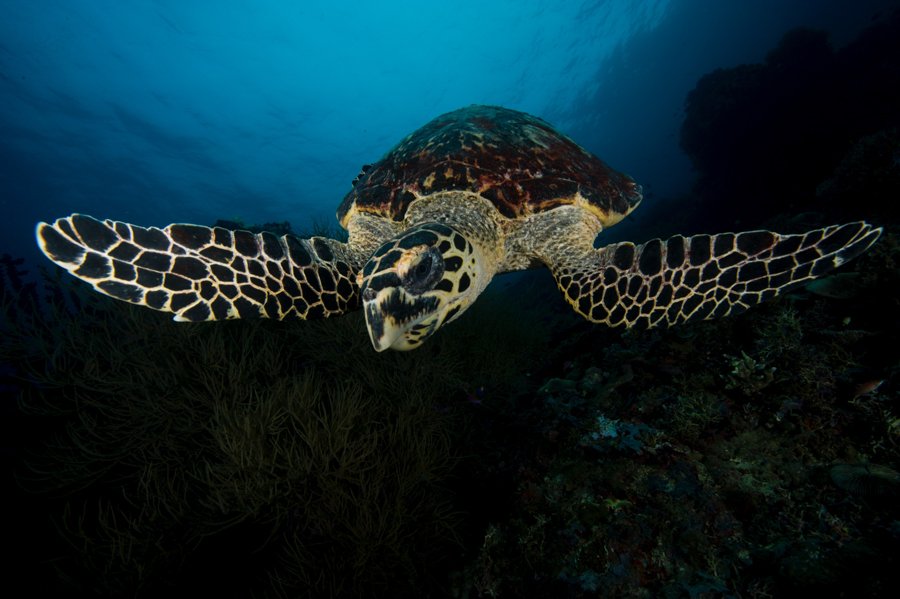 This great dive site can be done in both directions, depending on the mild current. In the shallows you will see the best soft coral gardens of the island between 5 and 10 meters deep. For that reason it is the best snorkelling site of the island. After seeing the turtle area in front of the village you can see here the colourful soft corals. Bottom composition throughout the dive is more or less the same with nice hard corals between 10 and 18 meters deep. 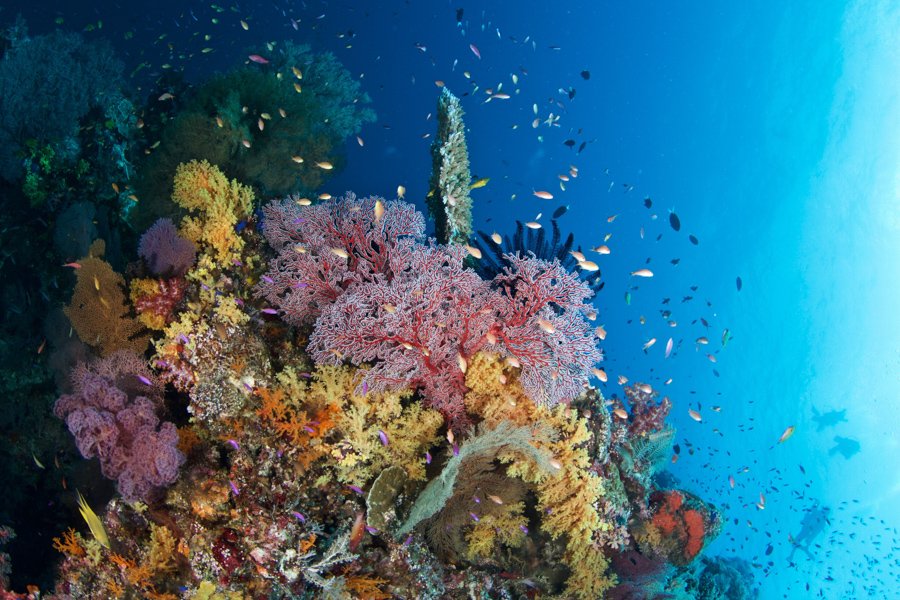 Rock Point West is located on the southern tip of the island. Similar to other sites the slope starts to go down at 7m, all the way to 30m. The interesting part is between 5m to 18m where you can see beautiful coral formations, along with juvenile sweetlips, sea snakes, turtles, and fire clam shells. Current can occur sometimes, but you can easily go with the current. Make sure to bring inflatable signal buoys. 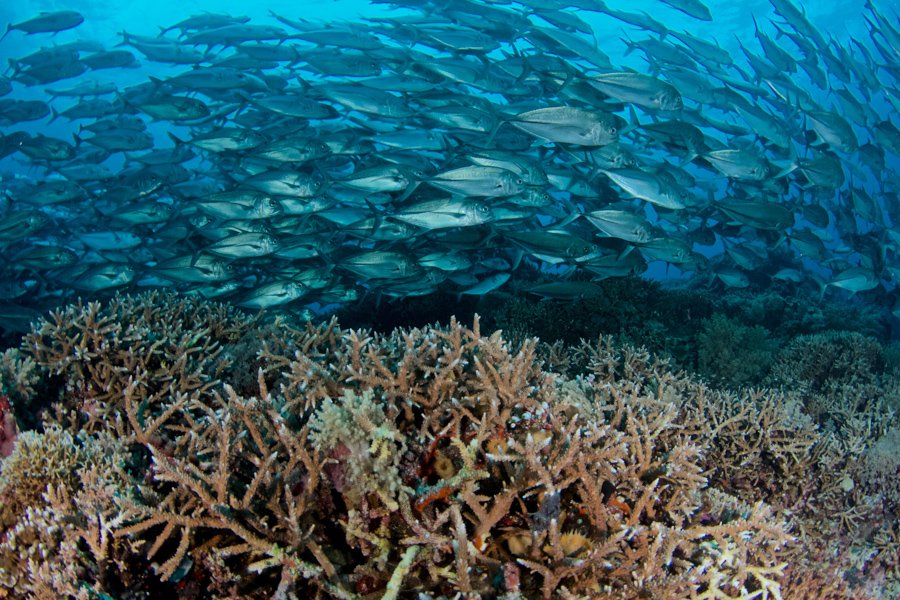 One of the best dive sites in Apo Island. Entry is at the northern side of the island, fronting a small group of coconuts near the shore, hence its name. It’s usually a drift dive heading westwards. The coral slope is filled with colorful feather stars, and hard and soft corals. A lot of fishes, such as parrotfish, red tooth triggerfish, snappers and trevallies can be seen at the beginning of the dive. A school of jacks is usually gathering near a sandy slope in the middle of the dive, depending on the strength of the current. This dive site is recommended for advanced and experienced divers only. Make sure to bring inflatable signal buoys. 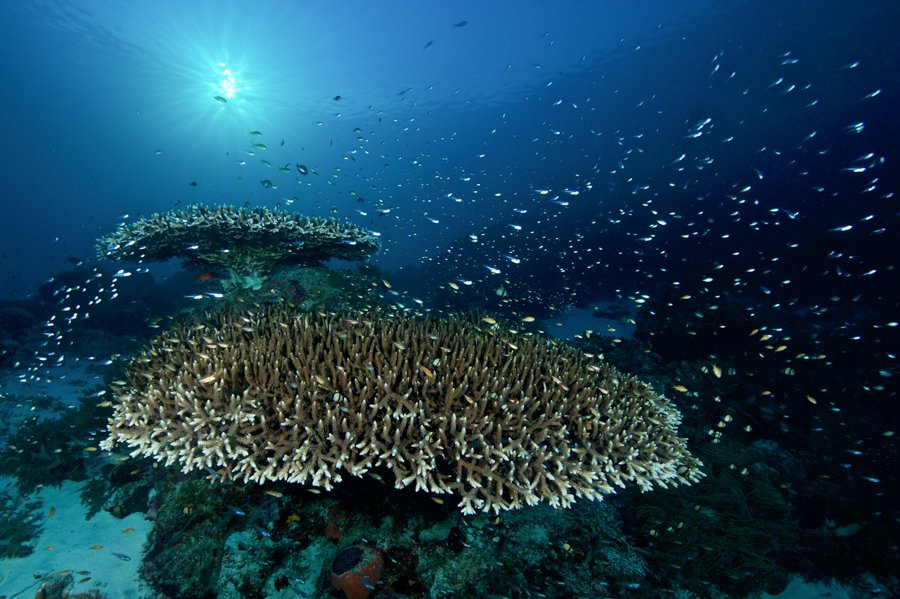 Largahan is located on the northwest side of the island. It’s also the exit point for divers coming from Coconut Point. The cliff offers an easy dive with soft and hard corals such as tube anemones, black corals and others. There is also a sandy area near the end of the dive where you can see gas bubbles emerging. Look out for turtles, sea snakes and also bumphead parrotfish. A real unique experience that’s also suited for beginners. 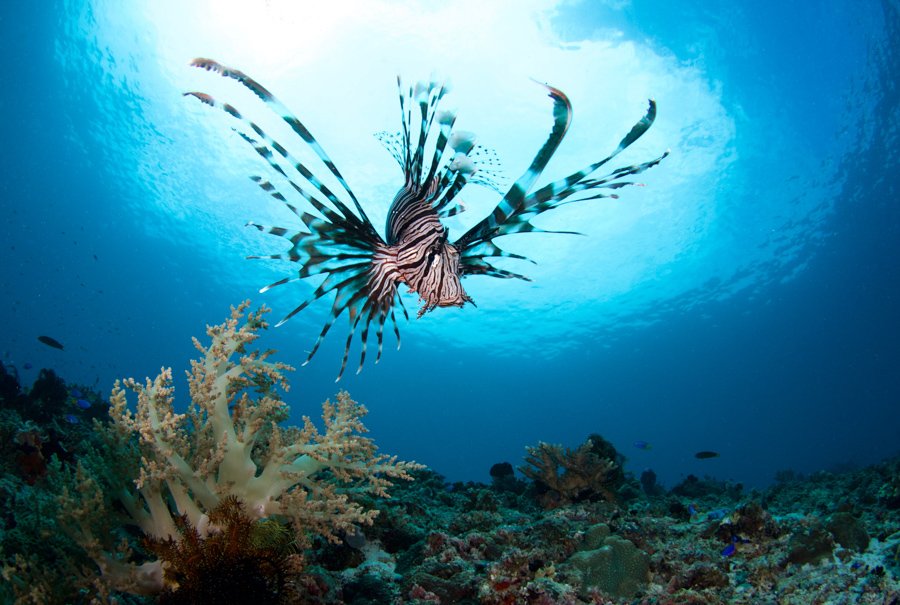 Named after the iconic “Boluarte Rock” of Apo Island, the dive site is composed of a slope with soft and hard corals where you can dive in either direction. There are also gas bubbles emerging from the sand nearby at 18m. Turtles, sea snakes, trevallies, and passing bump head parrot fish can be seen here. Suited for beginners and experienced divers as well. 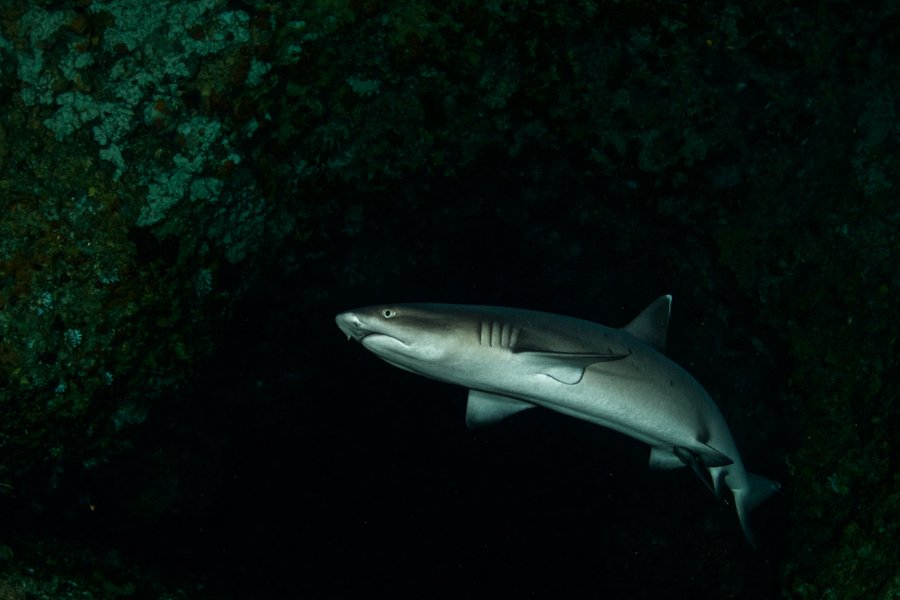 Sumilon Island features a beautiful sanctuary in the south with beautiful hard coral gardens in the shallow — as well as a colorful — wall. On the north side, there is a chance to see white tip reef sharks at around 25m depth, although current can be strong sometimes. Sumilon is around 1.5 hours away from Dauin and can also be a dived during a boat transfer to Alona Beach or Cabilao.

Get in touch with us 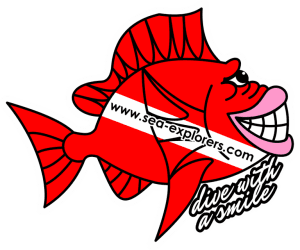 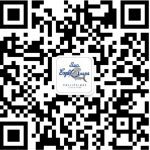